Barbara Esstman provided the following blurb for an ad in The Writer’s Center Workshop & Event Guide: “With a successful track record of eight novels and two memoirs, Neal Gillen knows his way around the self-publishing world better than anyone I know, and now he shares his incredible expertise with you.  I’m recommending “How To Publish Now” to all my students and editing clients.  It will not only save them from scams and stupidities, but it will teach them how to produce a great book and maximize sales. ” 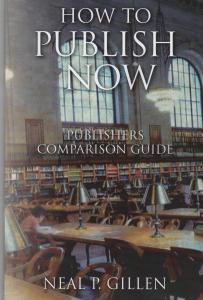 Neal Gillen is the author of eight novels: Sugar Time, Capitol Punishment, Dinner In Bordeaux, Kitty’s Rules, Slamming The Close, The Night Clerks, Altar Boy, Lonely No More, and two Memoirs: 1954 Adventures in New York, and Moments of Truth. His most recent short story, Northwest to Huguenot, will be published this October in the Delmarva Review. Another short story, Rendezvous in Rockefeller Center was published last year in O-Dark-Thirty, the literary journal of The Veteran’s Writing Project and can be read in his Blog; and this year it will publish another of his short stories, A Christmas Saved.

Gillen lives Potomac, Maryland, just outside of Washington, D.C. He is has served on the board of The Writer’s Center and is its former Vice Chairman. He established and funded an annual award for outstanding first novels, The McLaughlin, Esstman, Stearns First Novel Prize, administered by The Writer’s Center. He is a member of the Authors Guild, the Eastern Shore Writers Association, the Maryland Writers’ Association, and was the Secretary of the American Independent Writers. 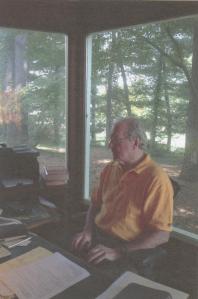